OTC Pain Meds – How To Choose & What To Expect.

For many adults over the age of 35, we remember the time when the standard ‘drug store’ purchase for headaches and other general pain was simple – aspirin.

Over the past few decades, options for OTC (over the counter) pain relief have significantly expanded. For most mild to moderate pain, preferences for non-prescription pain relievers (analgesics) now lean towards non-steroidal anti-inflammatory drugs (NSAIDs) or acetaminophen. 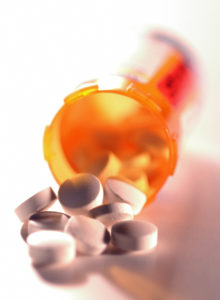 Consumers have gravitated to these options because they are readily available and do not require a prescription. We watch TV commercials that tout the med’s ability to be fast, long-lasting, and effective in pain relief. Thus, because they can be purchased right off the shelf, many people assume these medications are safe.

What consumers often miss, however, is the fact that analgesics can have side effects. They can also interact with other medicines, dietary supplements, and alcohol consumption. Because they contain the same ingredients found in a number of non-prescription as well as prescription drugs, you may actually be taking an unhealthy dose when combining medications.

To be a wise consumer – both in the drug store and before swallowing these meds – get to know what these analgesics are and how they work.

NSAIDs are an acronym for non-steroidal anti-inflammatory drugs. In this category are pain relievers that include aspirin, ibuprofen (Advil, Motrin), and naproxen sodium (Aleve, Naprosyn), and ketoprofen (Orudis).

Non-steroidal anti-inflammatory drugs reduce pain and inflammation by inhibiting production of prostaglandins, which are the hormone-like substances that cause them. Unfortunately, NSAIDs also block other prostaglandins that protect the stomach lining, regulate blood flow to the kidneys, and support blood clotting.

This is bad news for people who are regular users of NSAIDs or those who take high doses since they increase the potential for stomach inflammation, peptic ulcers, and intestinal bleeding. This is especially true for older adults. Taking NSAIDs in high doses or for an extended time can increase this risk even more.

The other alternative is acetaminophen (Tylenol, Anacin-3, etc.), which relieves pain by affecting the areas of the brain that receive pain signals. Acetaminophen is best when the need is to reduce pain and fever, but is ineffective when it comes to inflammation. The up side, however, is it will not cause the bleeding or clotting problems that have been associated with NSAIDs.

Yet, just as NSAIDs have a down side, so does acetaminophen. This analgesic is metabolized by enzymes in the liver. Taking too much can lead to liver damage in susceptible people, such as those who drink alcohol regularly. This is why it is important to read the labels of any medication so you don’t exceed the maximum daily dose of acetaminophen.

For most, taking non-prescription pain relievers – as directed on the label – is generally safe. The potential for trouble arises when you combine the following:

• Some NSAID and acetaminophen products, as well as cold, sinus, and allergy remedies, contain a blend of pain relievers. Kidney damage can result from extended use of painkillers that combine analgesics from different sources.

• A wide number of prescribed painkillers contain acetaminophen, such as Darvocet and Vicodin. Some prescriptions contain NSAIDS, including Celebrex and Percodan. Before you combine prescription medications with over-the-counter painkillers, be sure to check with your prescribing doctor first.

• NSAIDs can interact with other drugs, especially ACE inhibitors, anticoagulants, beta blockers, lithium, and methotrexate. Aspirin interacts with anticonvulsants, corticosteroids, insulin, and sulfa antibiotics. If you take any of these prescription medicines, check before using NSAIDs or aspirin.

• People are often surprised to learn that some herbal supplements, including garlic, ginger, feverfew, ginkgo, and ginseng, can thin blood. You should avoid taking these supplements while taking NSAIDs. When having procedures that may involve bleeding gums, these supplements, or combining them with NSAIDs, can complicate your procedure and the healing process.

We are also happy to welcome new patients and especially flattered when new patients come from your recommendations. Please suggest your co-workers, friends and family to call us at 586-739-2155. They may want to begin with a free consultation to get to know us, or schedule an exam and cleaning for a healthy smile and fresh breath.