His AMAZING Journey To Conquer Sleep Apnea Without CPAP

Over the past few decades, researchers have learned that the quality of one’s sleep has a great deal to do with overall health. Once thought that the brain was dormant while sleeping, it is now known that the brain is very active, especially during REM sleep.

REM is an acronym for rapid eye movement. This is one of 5 stages of normal sleep patterns. Leading up to REM sleep are four stages, each lasting anywhere from 5 – 15 minutes.

REM sleep typically occurs 90 minutes after the onset of sleep. It occurs in segments, lasting from 10 minutes to an hour in the final stage. During this time, there is accelerated respiration, eye movement, muscle relaxation and an increase in brain activity.

Although asleep, certain parts of the body are active. During this time, nerve cells (neurons) communicate with each other. The brain is also working to remove toxins that have accumulated during your awake hours.

No one would argue that sufficient sleep is a necessary part of each 24-hour period. We’ve all experienced days of fatigue and grogginess after a night of too-little sleep. While occasional instances of insufficient sleep or disrupted sleep are simply a part of life (a new baby, jet lag, etc.), ongoing disruptions to quality sleep can have severe repercussions. 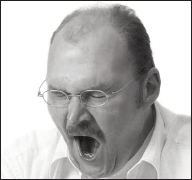 For Mark, his determination to resolve his sleep disorder and regain his quality of life – and protect his overall health – encompassed a journey of nearly 3 years. Hopefully, his story will prevent you from enduring the long, arduous, and often frustrating process to regaining restful, restorative sleep.

When Mark was in his late-60’s, he realized he had become sluggish and was experiencing mood changes, trouble concentrating, and felt more stressed. He began to gain weight and had acid reflux, regardless of dietary adjustments.

After continued complaints to his doctor, a sleep study was finally scheduled. The results were frightening. Mark learned he had sleep apnea and was only getting about 4 hours of sleep per night.

Sleep apnea causes pauses in breathing during sleep. These can last for up to a minute at a time and occur hundreds of time each night. Achieving the necessary level of REM sleep is difficult with these frequent disruptions.

“My quality of life had gone down one-thousand percent,” stated Mark. And, just as concerning were the severe health risks that sleep apnea posed. Mark learned that the disorder can increase one’s risk for heart attack, stroke, high blood pressure, atrial fibrillation (A-Fib), and Type 2 diabetes.

Although daytime fatigue and lack of energy contributes to weight gain, metabolic syndrome is also associated with sleep apnea. This disorder can cause abnormal cholesterol levels, high blood sugar, and insulin resistance.

Mark is a retired quality control engineer. He was not only adept at ways to achieve good results, he was determined. Now that he realized a sleep disorder was affecting his quality of life, he took charge by researching his options to resolve the problem, for good.

Mark delved first into researching sleep apnea, only to find much information online is confusing. He read medical journals to learn how sleep (or lack of it) impacts the human body.

As he learned more, Mark was troubled that the general public is largely unaware of the seriousness of sleep apnea. Even more frustrating was what Mark learned through interactions with medical professionals. He found many in the medical field to be rather nonchalant or unfamiliar of the risks associated with sleep disorders.

Like most who are diagnosed with sleep apnea, Mark was originally fitted with a CPAP device. These generally consist of a mask worn over the face. The mask has a hose that is attached to a fan. As a unit, a CPAP (an acronym for continuous positive airway pressure) is designed to push air into airway passages.

Using readings from his sleep study, air pressures were set and the mask fitted, and refitted. The mask wouldn’t stay in place and Mark’s sleep was not improving. Adjustments were made, new masks were tried, and still no progress was made.

Eventually, Mark was prescribed a BPAP device. This is designed to breathe both in and out for the patient. For Mark, this, too, was to no avail. After months and months of no improvement, Mark was left feeling the sleep institute was simply a “horrible experience.”

At a dental visit, Mark saw a manufacturers brochure on a sleep device. This was an option no one had given him and he decided to do some further investigation. As he found, these oral appliances are designed to be worn in the mouth while sleeping. They move the lower jaw (mandibular) slightly forward, which helps to open the airway.

He also learned that the options vary a great deal. Some dentists offer the devices as an add-on to dental services. He researched different appliances and read their reviews. Many seemed to be bulky masses of wires and hinges.

Being at his “wit’s end” and still only getting about 4 hours sleep a night, Mark decided to turn his research in another direction. He began seeking out a dentist who had truly mastered treating sleep apnea patients through proper training and appropriate device selection.

He wanted a dentist who was committed to the complete therapy of sleep apnea, not just one who would place a device and hope for the best.

At Mark’s first consult at the Shelby Township dental office of Dr. Ban Barbat, he was “totally impressed by the professionalism.” Mark realized that her team was able to address everything involving the therapy, including preparation tips for sleep once the device was in use and thorough follow-up.

During treatment, Mark realized, “This was far in excess of anything I’d seen.”  He kept meticulous notes and provided feedback so any adjustments needed could be made. Yet, through the process – from consult to success – Mark realized he was finally making progress. In under 3 months, his sleep quality was improving for the first time in years.

Today, Mark is no longer burdened with fatigue and his health has rebounded. After nearly three years trying to regain his quality of life, Dr. Barbat and her team restored his sleep in three months.

Finding an effective solution for most mild to moderate sleep apnea shouldn’t take such an exhaustive journey. CPAP is simply not a practical solution for many individuals. An oral appliance, custom-fitted and properly adjusted, may be a better alternative for you. Do your homework, though. “You have to be your own advocate,” states Mark.

or call the office of Ban R. Barbat, DDS at 586-739-2155 to request a no-charge private session with Dr. Barbat to discuss your needs (or tap here to begin).