This Thanksgiving, Smile & Count Your Blessings For A Happier You! 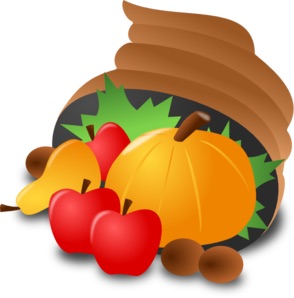 Yet, are we as happy as we should be? Or can be? A recent experiment found that the simple acts of smiling, counting your blessings and reliving happy memories can make you happier.

An article in The Guardian reported the findings of an online study of 26,000 participants. “The Science of Happiness” (https://www.theguardian.com/lifeandstyle/2009/aug/12/uk-happiness-study) found the most effective way to boost happiness was thinking of a positive thing that happened the day prior and smiling.

It was supposed that the act of reliving positive events from the previous day while still vivid in one’s mind had a profound effect on the way many people assess their current state of being.

Robert Emmons’ new book “Thanks!: How the New Science of Gratitude Can Make You Happier” shared findings of studies that back up the positive effects of gratitude.

A his book, he shares the findings of one study in which participants were divided into three groups, each making weekly journal entries. One group wrote five things they were grateful for. A second group wrote about five irritants in their week and the third group listed five events in their week that had affected them in some way.

Th gratitude group not only felt more positive about their lives overall, they were more optimistic about the future and reported fewer health problems than other participants. The gratitude group were also found to sleep better, require less time to fall asleep and felt more refreshed in the morning.

Another study focused on a group of people suffering from neuromuscular diseases, some highly debilitating. For the people who wrote daily in gratitude journals, they reported to be more satisfied with their lives and more optimistic about the future.

This Thanksgiving, share your smile often and focus on the bounty we all have, everyday. We are blessed.